This time we will discuss 3 Hero Mage which can be your deadly weapon to touch Legend Rank easily. Come on, who is the user mage? Raise his hand!

So far, there are 8 Mage hero roles that you can play in the Mobile Legends game, namely Gord, Aurora, Kagura, Eudora, Vexana, Nana, Cyclops, and Alice. Hero mages have a very important role because they can provide ranged attacks and can attackharras enemies on a certain lane by giving spam skills continuously which overwhelmed the enemy to do so recall.

But there are three Mage heroes who are currently very strong and of course very good for those of you who want to increase rank to Legend. Come on, let’s discuss the skills one by one.

This hero has spam skill fastest in Mobile Legends because he has skill passive which can reduce cooldown every skill about the enemy.

He can use skill 1 and skill 2 rapidly in succession to produce damage great anyway. Other than that, ultimate from Cyclops is also very useful for making opponents become disable for a few seconds and the ultimate skill he has is very deadly when combined with his 1st skill.

To play with Cyclops, make sure all attacks hit the enemy because it will have a minus effect cooldown and use skill 1 continuously until enemy hp is low. Hero Cyclops is suitable to be combined with Marksman like Miya or Clint because Cyclops can inflict damage skill repeatedly with the final completion by Marksman.

Aurora has image that Cool and gracefully making him one of the favorite heroes of Mobile Legends players. Skill 1 from Aurora deals large enough damage so that it overwhelms the enemy, and by spamming skill 1, the effect of the damage will be even greater when the red box is fully filled.

When the war has started, he can freeze all his opponents using his Ultimate skill so that it can make it easier for Marksman and fighters to attack. Besides that Aurora can be killer the most in the team because his skills are very painful, but his armor and HP are very small.

This hero is typical hero push and there must be a back up like Zhao Yun or Franco tocover he. Endeavored for players who use Aurora so that they don’t die at the moment war because Aurora is so effective at helping to push it up to base opponent, the trick is not to lust and stay in the middle position.

Try to focus on skill 2 and skill 3 from Aurora because magic damage from the second skill it’s huge. Raise it skill level 1 when the character is about to reach level 15. Skill 1 is also useful for making opponents become slow for two seconds. Because Aurora is hero mage, then he was advised to use Magic Emblem Set to increase the attack magic. Apart from that use Battle Spell that’s right for hero This is Flicker. Flicker useful for Aurora to blur when pressed and reduce the effect disable quickly. 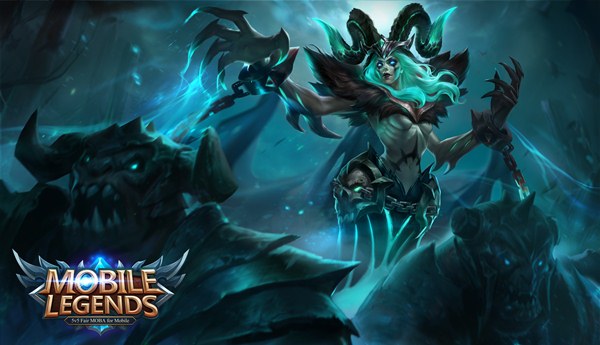 The third mage is Vexana, with his concept creepy but still cool, he is a mage hero who is in great demand by Mobile Legends players, passive skill give spell magic addition to the hit target damage skill from Vexana. Enemies hit spell or the spell will receive damage explosion, besides that skill 1 is able to release darkness energy, making the opponent disable and move forward towards him.

Skill 2 from Vexana is very helpful for repaying enemy cellphones because it provides enormous magic damage and the Ultimate skill of this hero casts spells on enemies that produce damage per second. When the enemy dies, he will become a Vexana puppet to help him fight, but the puppets’ abilities are not exactly the same as the original hero. In using Vexana, the point is to wait for the right timing to attack and always use skill 2 to help the fight directed at the enemy.

That’s what he glimpsed about heroes mage who can deliver impact positive when you play Ranked Mode in Mobile Legends. But things to remember, these tips can only run well if you get a good team, it is advisable to party with friends so that there is no miscommunication to teammates.