Know the leaks of the Rabbit Backpack Skin Sale in the Free Fire Shop, so maybe you will have one of the skins that you want. Of course with this too, it will certainly bring an impression that can be considered interesting later too. Where it is clear that, for example, for now, various advantages can be shown from this as well.

It is true that players who play the Free Fire game will also be able to know what are the next new things to get. Especially if we already know about Free Fire’s Latest Booyah Token Leak Event, which in this case has not been fully released. If, for example, you guys are tired of waiting, it’s better to try whatever is currently present.

But instead of that now there is also another leak, where it turns out that there is a sale of Skin Backpacks that used to be rare. We can immediately see the explanation, in the article below. 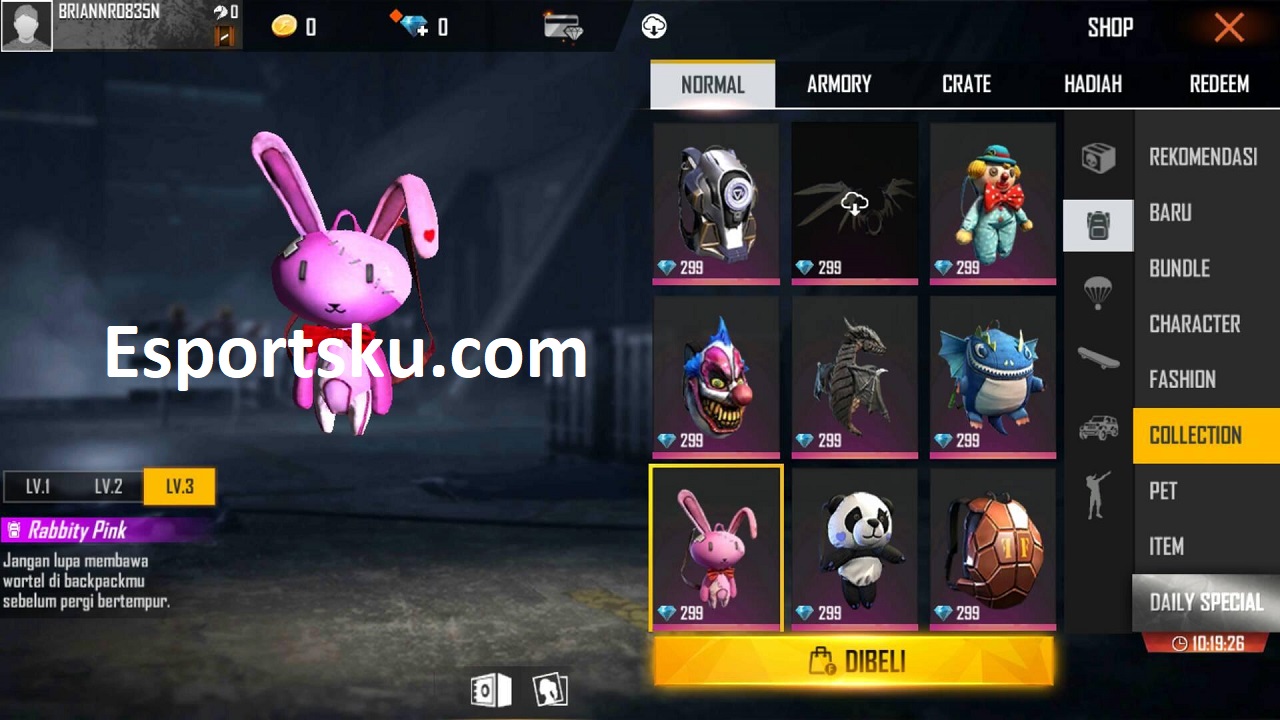 For now we need to know some interesting things which of course you can try too. Even though it’s not fully present in the Free Fire game, you can find out first. Then there is also information that the old Skin Backpack will be presented again. But through the media shop and of course we should be able to find out if this is indeed a good event.

Sales are one of the most anticipated events, because we can get various items at prices that have been determined by the Shop system. If indeed you are lucky later, the items presented now are quite interesting automatically. Because indeed from the new leak, the Skin Backpack will come quite cheaply.

For the contents of the shop, we also need to know, if there is an Elite Pass Backpack that was present in Season 1. Of course, this way for those of you who want the Skin, you can just follow the sales event later. The Elite Pass for Free Fire right now, has been around from the start to the 29th season and of course the previous one can’t be obtained.

The latest leak from this sale shows that the price is quite cheap. You only need to use 299 Diamond to have one of these backpack skins. But if for example you really like it, just buy it if indeed a sales event like this has been presented to the Indonesian server as well.

Released in the near future?

Because indeed if there are many people who want the leak, it’s no wonder that Garena will want to release it so that you can try it later too. Where, for now, the leak from this sale could be presented. But it is possible that some skins were removed and these will not appear later. For this EP 1 Backpack skin, maybe it will be there too.

If you really want to support something like that, come later, just make a direct request to Garena right now.

While waiting for any new things that will soon appear in this Free Fire game, it can be said to finish those that are here now. For example, you play in the Booyah Day Free Fire Event, and you first collect the prizes that are presented. That way, for the future, there are many benefits to be obtained as well.