Overwatch, who is not familiar with overwatch, a fps game with characters / heroes who will be in the future, full of very interesting skills. Makes you never get bored to play it. And finally, Jeff Kaplan as Team Overwatch has released a new hero that can be played on the Public Test Server (PTS). After Baptise (Support) and Ashe (Damage), Overwatch the arrival of a new hero who has a Tank Role, let’s get acquainted with Overwatch’s New Sigma Hero!

Overwatch’s new Sigma hero at the moment, HeroSigma itself comes from the Netherlands, and its full name is Siebren De Kuiper. He is a very genius scientist, who is very interested in the science of Astronomy, and he is interested in and studying Blackhole, and he tries to use the power of Blackhole. 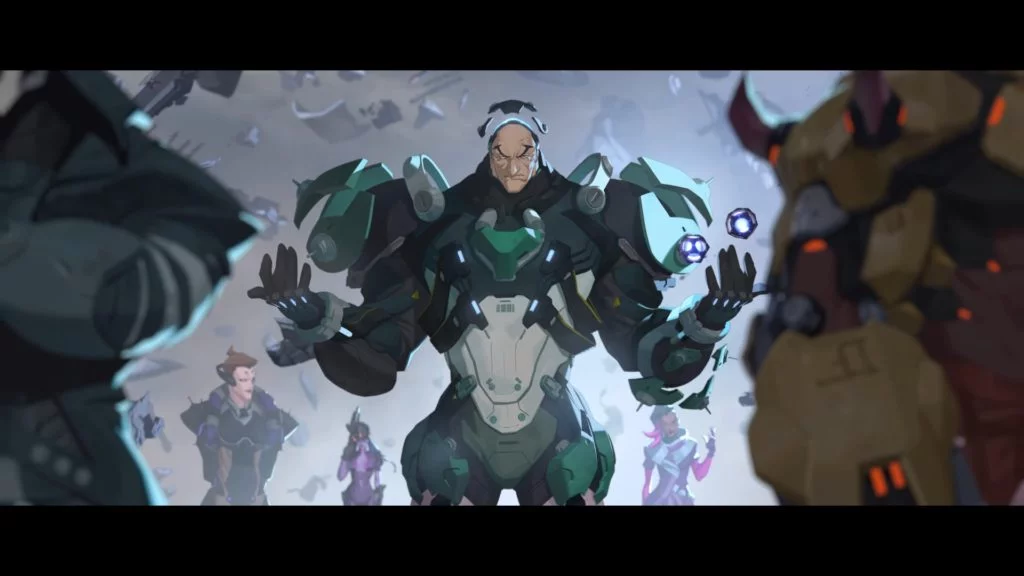 He finally went to the International Space Station, and tested his experiment, but it didn’t go as expected. And the next day he woke up in a government-owned facility and they gave him a project called “Sigma”.

He was hit by “Psychological Damage” and it had a huge effect on his brain and he had all kinds of strange gravitational influences around him, all of them couldn’t explain the state that Sigma was in, and finally he was quarantined by the government, he was scrutinized, all concerned about her mental state, and she can be dangerous to both Himself and others.

The best of all things considered, this article was originally published in Indonesian language.

And then, the Talon Organization takes sigma by force by attacking the Sigma research project site, then Talon manipulates him, and uses him to help the Organization.

He is the First Talon Tank to enter the world of the Overwatch Game. He is a Barrier tank.

And finally the Talon members are complete.

Has 1Tank, 4Damage, 1Support. When Sigma has not been taken by Talon, Talon used to have 2 Supports, Moira and Baptise, but rumors say that Baptise betrayed and the goal of entering into talon was only to take talon’s “Immortal Field” research.

That’s all we can say now, you can try it yourself by playing the new hero overwatch sigma in your overwatch game to get experience before others master it!