The Mobile Legends world championship or M2 World Championships will be held on January 18-24, 2021.

Teams from all over the world will compete for the title of world champion in Mobile Legends.

For the latest update, there is a list of teams from the M2 Mobile Legends World Championships that have been officially announced, it is interesting to watch because the roster format for M2 is different from the previous M1 where the roster lock can change and does not have to be the player who previously brought the team to qualify and enter the championship. world M2.

And this is the roster of the teams that will take part in the M2 World Championships.

RRQ Hoshi from Indonesia will bring their roster in the last MPL Season 6, minus Liam and the addition of Psychoo to the team. Players who just entered after MPLI from ONIC Esports.

There is no meaningful change to Alter Ego except for the absence of Yam in their roster on M2 this time.

Fenrir, Fossa, Jason, Kayzeepi, Ly4ly4ly4, Sana and Sync were the roster that Resurgence brought to the M2 World Championships.

Hadjizy, Heath, Kenji, Kurtzy, Otit, Toshi and Yellyhaze were the roster brought by OMEGA Esports to the M2 World Championships.

Then there is 10s Gaming, this Japanese team is still playing with the captain Obuyan. Furthermore, the Brazilian team, Dreammax, is expected to surprise M2 because this is their first time in M2. 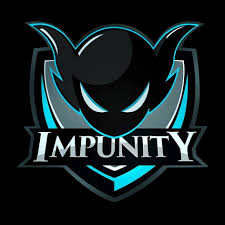 Furthermore, representatives from Cambodia who returned to qualify for M2 are expected to talk a lot here after previously at M1 yesterday they were unable to make it into the playoffs.

For the Russian team, Unique Devu, part of it is still filled with the same roster as last year’s M1, not much is known about this Russian team.